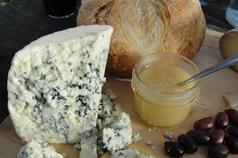 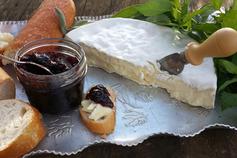 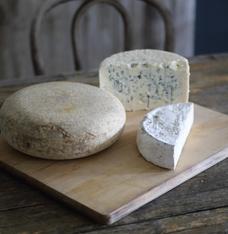 A 2017 First Place Farmstead Sheep Milk, American Cheese Society winner, Friesago is a natural rind semi-aged sheep milk cheese with a dense texture and pleasantly mild flavor and a slightly nutty finish. A multiple award-winner, Friesago is versatile as a table cheese and as a cooking cheese. Called a “must try” by Food and Wine magazine!

Among the first farmstead sheep milk cheesemakers, Shepherd’s Way began crafting and marketing its first cheese, Friesago in 1998. A second cheese, Shepherd’s Hope was introduced in 1999 and the sought-after Big Woods Blue was added in 2003. Hidden Falls, Shepherd’s Ricotta, Morcella are more recent additions, made in smaller batches. 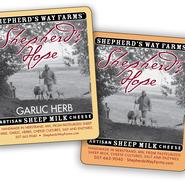 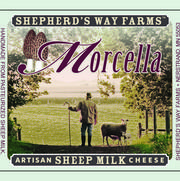 Big Woods Blue is a full-flavored sheep milk blue cheese. Named one of the best blue cheeses in the country, Big Woods Blue blends spicy notes of a blue with the creaminess of sheep milk for a complex flavor. Finishing top in its class at ACS more than once  --  and a 2017 ACS award first place winner  --  Big Woods Blue has been widely praised by food writers nationwide. It pairs nicely with a rich Port or a sweet Muscadet.

Hidden Falls is a blended milk cheese, made with sheep milk and organic, pasture-based cow milk. Hidden Falls has a soft, delicate bloomy rind that ripens the cheese inward. With a lactic creamy interior, qualities of citrus and wildflower present initially with a lingering note of woodsy mushrooms. 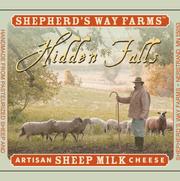 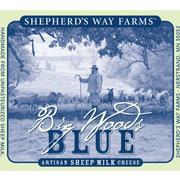 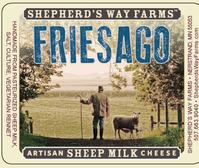 Shepherd’s Hope is a unique mild, fresh cheese with a gentle citrus note at the finish. Another multiple award-winner -- a 2012 ACS award winner, in fact – Shepherd’s Hope is a chef and retail favorite. Unlike any other fresh sheep milk cheese, it has a shelf life of eight to ten weeks after production. Shepherd’s Hope is exceptional with a crisp Chardonnay and a fresh baguette or in a tomato basil salad.

How you spend your food dollars does make a difference – with a Shepherd’s Way CSA you are directly supporting local, sustainable food production, artisan cheesemaking, and a small family farm. 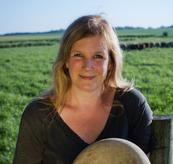