barn on the move 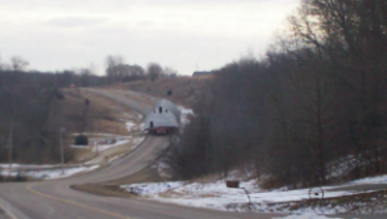 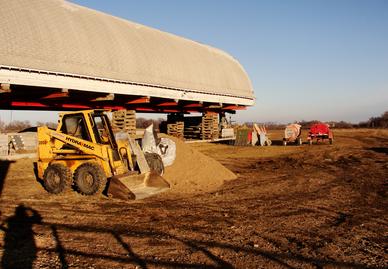 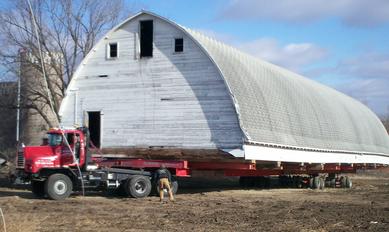 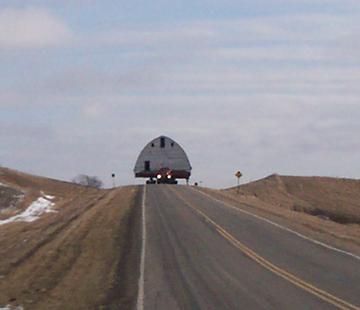 Moving Forward, Preserving the Past

“You can’t move a barn!”  To that the Reads replied, "oh yes we can!" And did. The Big Woods State Park Dairy Barn was moved to its new home at Shepherd's Way Farms, in Nerstrand, Minnesota several years ago in preparation for rebuilding. Shepherd's Way moved the 120 foot dairy barn down the road four miles. Without Shepherd's Way, the barn would have been demolished.

The ‘top’ of this historic barn was moved to Shepherd’s Way and waited patiently for its new walls. Once finished, the rescued barn will become housing for 200+ lambs, replacing the lamb nursery that was destroyed in an arson fire January 2005.

Rebuilding after the fire has been a long, slow process. But, just last spring the foundation and walls for the new barn were finally constructed. Finishing work – including the clerestory panes between the concrete walls and the roof, garage doors, electricity and fill – were finally completed the first week of February 2013. Just in time for an additional flock of expecting ewes and new lambs to in.  New CSA-PLUS and Traditional CSA shares, Adopt a Sheep and direct sales all help fund the continued rebuilding.

The Reads have kept the flock small until new animal housing could be built. Now, with proper housing complete, more intensive lambing can begin and the dairy flock can once again begin to grow.

Shepherd's Way Farms has already converted a 1940s dairy barn and the attached low barn into a sheep milking parlor, a cheese production room, and cheese aging room with a viewing hallway for visitors. Also on the farm is a two story granary from the 1900s.

The Farm's mission of outreach and education through demonstration is a good fit for the barn move and preservation. Shepherd's Way Farms has had hundreds of visitors and can serve as an example and resource for those interested in barn preservation and renovation.